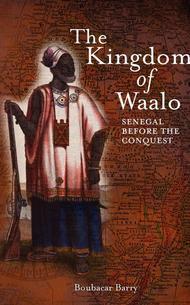 “This is a well-written and closely reasoned book, a valuable and lucid contribution to the… history of West African societies.”

—The Journal of African History

“This book is a major contribution to our understanding of West African society during the period of the Atlantic slave trade…. All in all, [this] book is an excellent piece of research, well-written and well argued.”

“This book is a welcome addition to the [writing] of African history by African Historians… and Barry has been able to reconstruct the Waalo political narrative with remarkable detail.”

Situated along the Senegal River, the Kingdom of Waalo was the smallest of the Wolof states of Senegal, but it illustrates the broader consequences of a shift from trans-Saharan to trans-Atlantic commerce during a time of competing European, Muslim, and indigenous African forces. From the establishment of a French trading post in 1659 to the early nineteenth century, the history of Waalo was closely tied to French interests in St. Louis, popular revolutionary Islamic movements, and internal rivalries between competing royal families and provincial leaders. Stimulating Waalo's sociopolitical changes were the devastation and fluctuations of the Atlantic slave trade, as well as the Muslim attack on its aristocracy. Torn by internal divisions, devastated by French and Berber incursions, Waalo's institutions and its economy declined. Residents of Waalo sought their own solutions only for external agents to ruin their efforts. By the nineteenth century, the French attempted to establish a plantation economy in Waalo, culminating in their military control of the state and the Senegal valley. This newly translated study is a vital tool in our understanding of Senegal's history, its place in the era of trans-Saharan and trans-Atlantic commerce, and its development into the present. The book will be of value to African studies scholars, anthropologists, and historians of Africa, colonialism, empire, and post-colonialism. 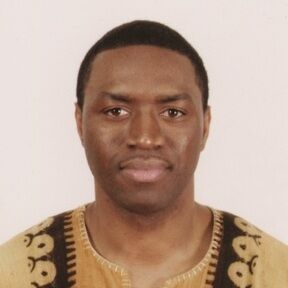 On this virtual storefront, books are divided into four categories: African World Cultures, African World Histories, African World Literature, and Young Readers Series. Rights and permissions are handled by Copyright Clearance Center. For desk copies, faculty can email us (contact@dafricapress.com) with the relevant details. For all other matters, email us, but know that all sales are final except transactional errors, no refunds are stated or implied, and we do not accept returned books, unless damaged in transit.

The Overview: So what? Who cares? And who are you? Target Audience: Whose problems are you solving? Who will benefit most from your book? Who do your readers trust today? Competing Titles: How does your book compare to other offerings (and authors) on the market? Marketing Plan: How will you spread the word about your book before and after publication—without the publisher’s help? About the Author: Why are you the best person to write this book? What is your authority or credibility in the market? Sample Chapters: Have you demonstrated that you can deliver on the promise the proposal makes? Is your writing accessible to the intended readership?